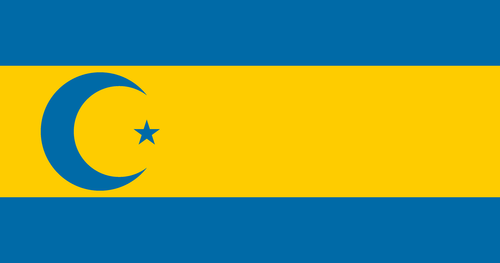 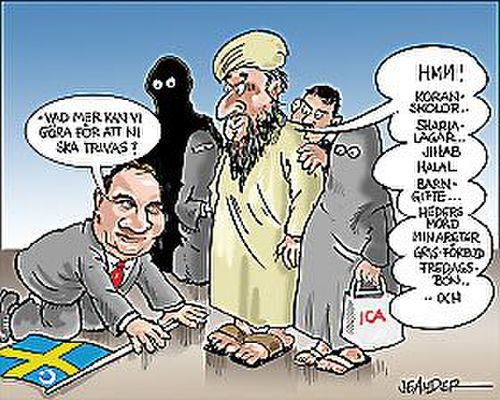 Swedish politicians have turned their satellite from Islam towards Israel. After the Americans have killed two major terrorists and sent them to hell, namely AbuBakr Albaghdadi and Qassim Soleimani who have created massacres both in their home countries and in the Middle East, then the Swedes begin to strengthen the regime in Iran

For 40 years, the Swedish politicians have strived to keep the Iranian regime alive.

For 40 years, Sweden's politicians and businessmen have been trying to support the regime in Iran and help the Iranian regime-backed Palestinian groups against Israel in order to rob Iranian money and assets.

They have also created a difficult life for the real Iranian politicians, as well as the Jews in Sweden. Jews in Sweden felt unsafe and the former Swedish Foreign Minister Margot Wallström secretly sent money and supported Palestinian terrorists to equip themselves with weapons against Israel.

Swedish politicians have also on 17 August 2019 attacked Iranian politicians who demonstrated calmly to show their dissatisfaction with the Foreign Minister to the Islamic occupying regime in Iran.

For 20 years, Jews have lived under terror as politicians in Sweden saw their interests in Iran and in Saudi Arabia.

But suddenly the politicians noticed after the crash of the Ukrainian aircraft that was shot down with the meaning of the revolutionary guards in Iran, and after they noticed that the regime in Iran will fall down then they have turned to Israel and the Swedish prime minister now wants to visit Israel , as nothing happened.

That Israel receives the Swedish Prime Minister and that the Western world receives the Minister for a government that has accepted and accepted terrorists and spies is to spit in the face of Jews in Sweden and the martyrs in Iran who have been sacrificed thanks to Swedish politicians gave their support to the regime in Tehran and the terrorists in Palestine and Lebanon.

It does not matter what politicians it is, whether it is the right-hand party or the left-hand all during their time has created concern for the Swedish Jews since 1995

For several years, Swedish politicians have shown Israeli soldiers who protected their citizens from terrorists to a pattern and showed the terrorists as the innocent victims.

Just as in Iran for several years, Sweden named Israel as the occupier who has occupied the Palestinian territories and called the murdered terrorists the martyr.

For several years, liberation has sent boats to Palestinians and sent hooligans to create, under the name of human movements, concern for the people of Israel.

For several years, the government has created anti-Semitic demonstrations in Sweden to show an iron hand against Israel.

Swedish politicians have shown their double morality on several occasions. Before the Second World War, while the Danes and the Norwegians fought and fought for freedom, the Swedes did business with Hitler and received gold that Hitler has taken from poor Jews. But then on every occasion they apologize and think that world people forget if you commit a crime and then just apologize.

As a non-Jew who has loved Israel likes to receive the Swedish Prime Minister who has committed many crimes against Jews, created anti-Semitism in Sweden and has followed the same policy as the mullahs in Iran interpreted for me and so obviously for many Jews in Sweden who have suffered For 25 years, it can be interpreted that Israel has turned its face to its citizens.

I remembered how the politicians paid tribute to the Palestinian knife attack and explosions against the Israeli people. I do not know how you who are in Israel can easily forget the support that terrorists received from Sweden.

I hope that the Israeli government will start to rethink and cancel the meeting with the so-called prime minister of terrorists who has hijacked the government and took power with cheating.